International adoption involves putting up a child for adoption outside their birth country. Both public and private agencies can be involved in the process. While most adoptions in Sweden are of this type, international adoptions in the US only occurs 15%. Embryo adoption occurs on the basis of embryo donation made by a couple following the completion of in vitro fertilization treatments. The fertilized embryos will be granted to either an individual or a couple for placement in the uterus of a recipient woman. This is done to help with pregnancy and childbirth. Property law, instead of court systems, governed embryo adoption in the US.

Common law adoption is a type of adoption that the courts have yet to recognize beforehand. The parents may opt not to resort to legal processes of any kind and leave their kid(s) with a relative or a friend for a long time. Some courts of law consider the adoption that subsequently takes place binding. Each legal jurisdiction defines the particular terms of a common law adoption. In California, for example, a common law adoption may take place after co-habitation that lasts for 2 years. In Britain, this practice is called private fostering. 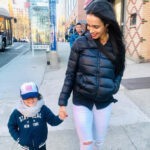